It is a little past 5:30am in Accra and boxer Richard Commey’s two hour training session is nearly over.

Here we see one of the coaches stretching and massaging the fighter. In 48 hrs he represents his country in a international title contest. He is from a poor neighbourhood and his community expect and rely on him to win.

Ghana’s President Nana Akufo-Addo is also expecting a win for his country and therefore has summoned Richard to meet him later in the day. He is an elite boxer ranked number 6 in the world but if he loses the sport’s politics don’t allow too many second chances for African fighters. His future and that of his extended family are in the balance.

The scene is calm and serene, there is no indication of the huge mental and emotional pressure Richard is under, he hides it too well. 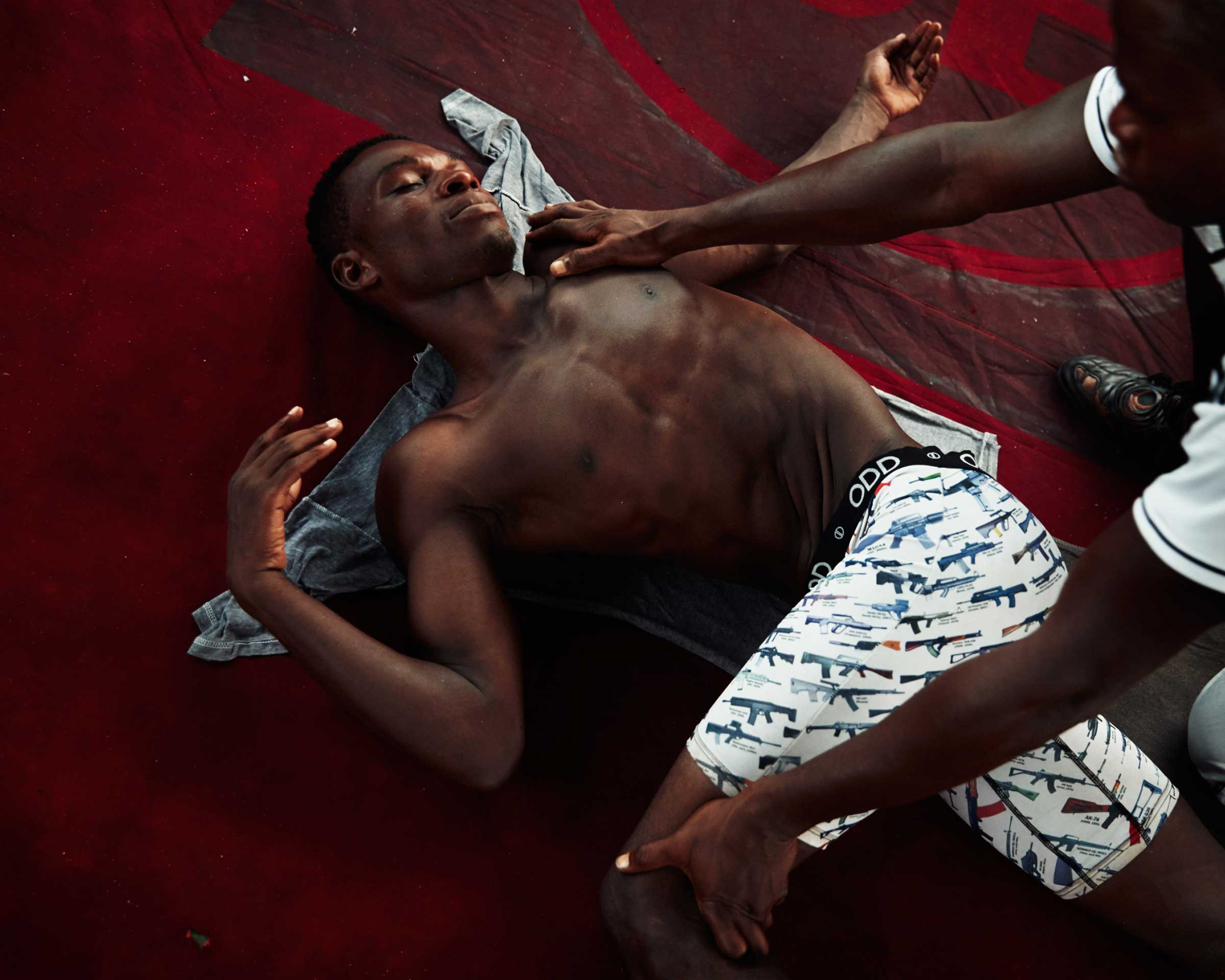