Mike and the Clock

Vikram Kushwah’s photographs reflect a longing for childhood fantasies, and intentionally blur the boundaries between dream
and reality.

Having been sent to an elite all-boys boarding school in the Himalayan foothills before his third birthday, Vikram deeply related to the dark fairy tales he read as a child, both for their magic and for their isolation.

The nature of being a student at such a boarding school was paradoxically oppressive and freeing. Vikram spent countless hours wandering outdoors, creating imaginary stories around the creatures he discovered, such as ‘Papa Frog,’ who lived in the pond, while simultaneously hiding this fanciful world from his peers.

Boys who were openly imaginative and indulged in such creative worlds were severely bullied and cast out by the ‘masculine’ school community. Vikram’s childhood existence itself thus blurred the lines of reality and dream. For fear of being laughed at by his male friends, he practiced being perceived as mainstream, as a good athlete and popular with the girls from the all-girls school across the road, while living in an isolated and yet completely uninhibited dream world outside of ‘school walls’. This dichotomy of the self led to occasional bouts of anger until he was able to channel his creativity through
his photography.

It is Vikram’s desire as an artist to illustrate the complexities of the subconscious and the ways in which daydream can merge with reality, creating an alternate sense of time and place, much like he did throughout his childhood. He sees his work as directional rather than definitive and hopes that the audience can step into their own imaginations when viewing the works. His photograph featured in the [name of exhibition], “Mike and the Clock,” features Michael King, a singer/songwriter from the band A Boat to Row, and was created based on Mike’s recollections of his grandfather’s adventurous and tragic war stories. 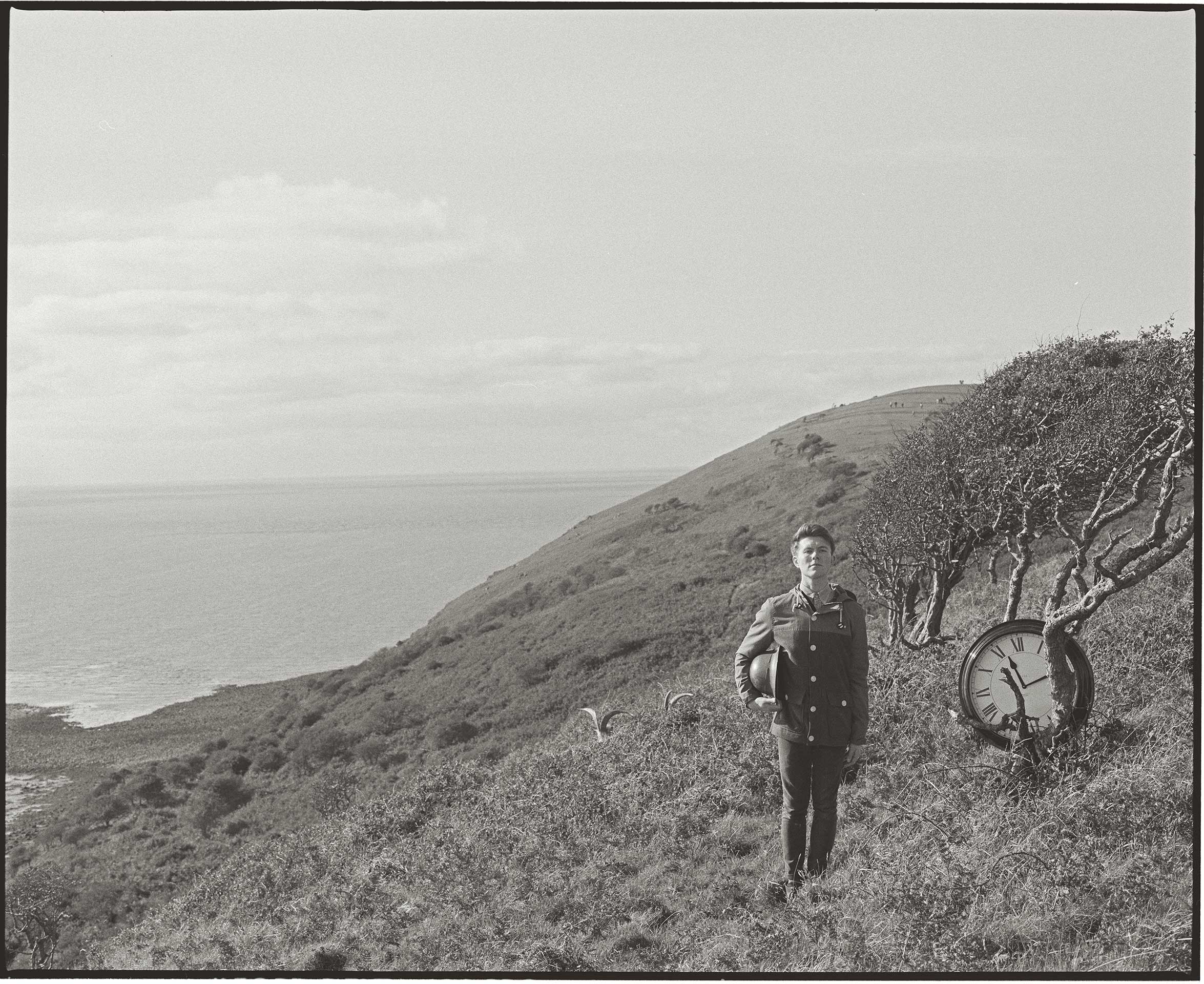