As the sun lowers in the sky, it warms the garden’s February rain.

The bark of listing oak trees glimmers with wetness and reflected colour, green parchment leaves darting shapes through the window.

Inside, shadows leak underneath the brightness, lapping at the boundaries of vision and pooling at the ankles.

Seated knees and folded hands glow in the remaining light.

Left hand clasped over right wrist, fingers picking out the silent incantation of an invisible piano.

In this gathering myopia, he is cradled in rising tides of secret song, yet a viscous layer of quiet demarcates the altered space between us.

A flood-song of memories mingles with the domestic order, invoked by his beckoning hands. They eddy around flowered bedspreads and lampshades and shimmer, mesmerizing, at the edges of recognition.

He is immersed, drifting in a kaleidoscope of fermenting time.
I sit close by, watching for the gathering revelations, but the flickering, shifting forms scatter at my approach, out of reach and impossible to still.

In the remaining space, the close, familiar warmth of the room
holds the focus of my attention, visible form and flesh creating a finely wrought illusion of essence. Folds and valleys greet my gaze
in colours so dense they are on the verge of failing.

These can be traced afterwards in photographs: squares of thin facsimile. They assume the form of surface fragments emerging through the gilded skin of paper, to be absorbed, touched and rearranged in a circumscribed distillation.

Constant and final, these images seem a pre-death, the stuff of endings. Yet as the coloured squares are shifted about to form a set of understandings, they collapse time.

Promising re-birth, they remain unpredictable and interfused with outside experience: paving stones laid down to hold the tread of another’s journey. 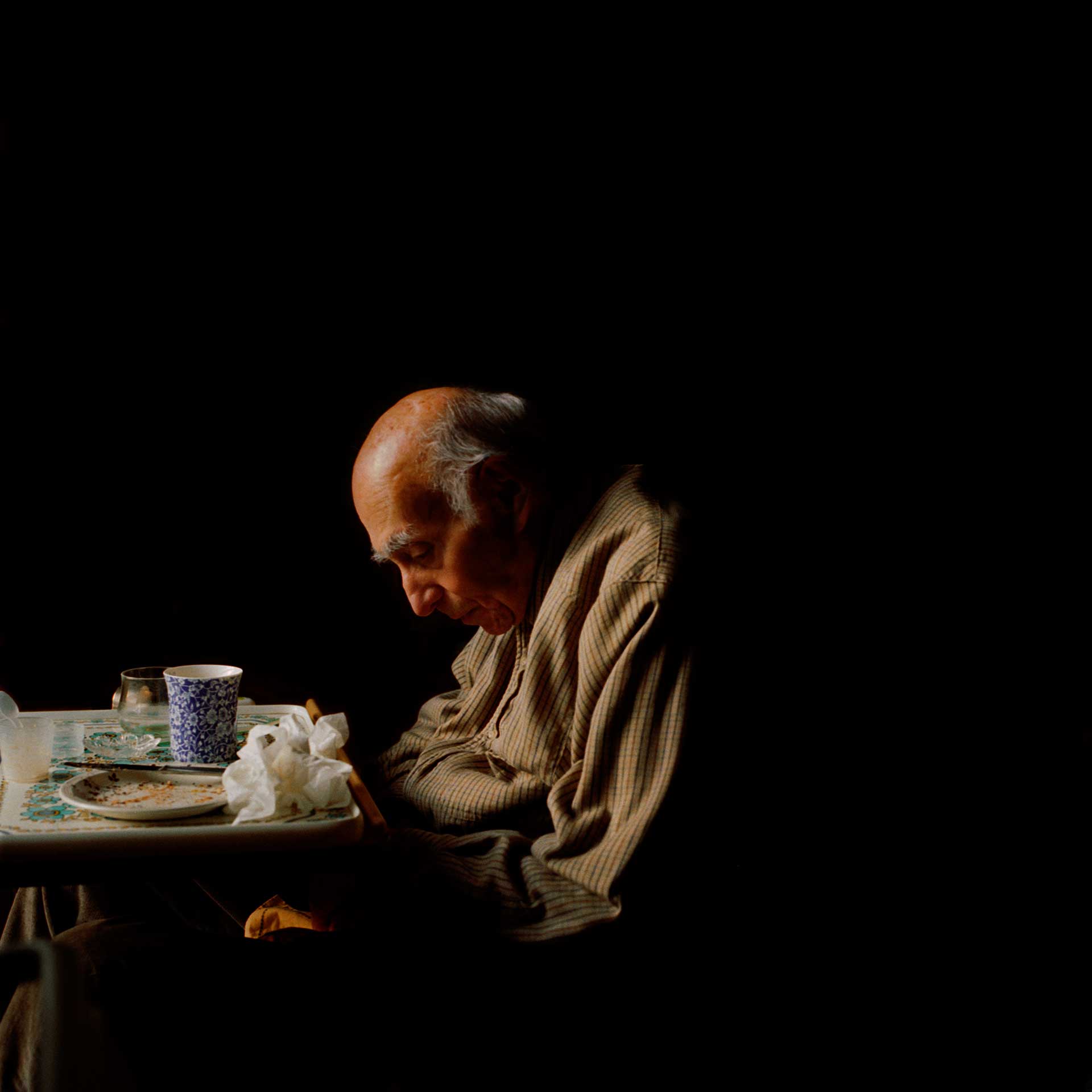