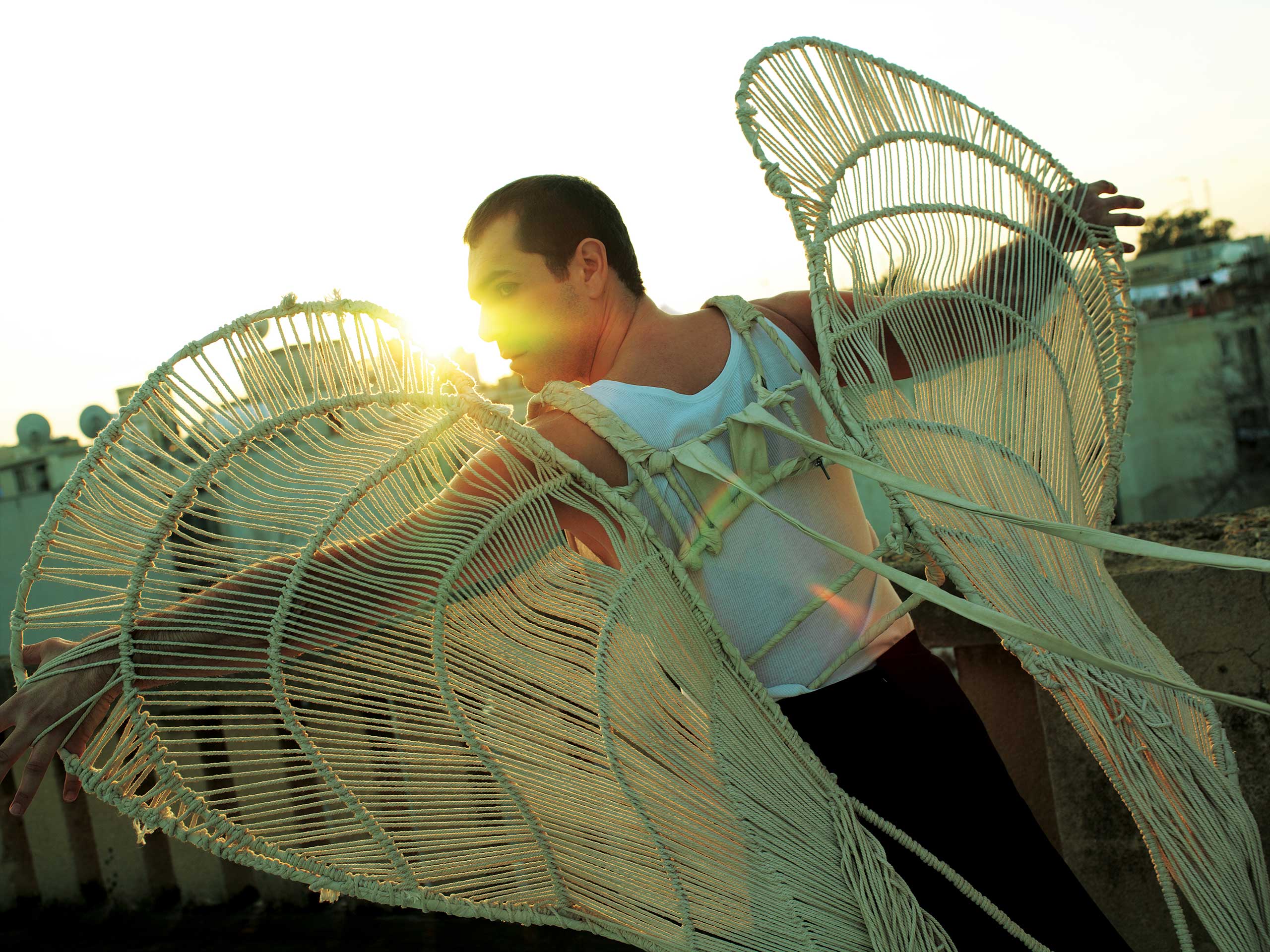 Icarus
represents the struggle of man to free himself from his current
predicament and achieve something bigger for himself no matter how
remote this might seem.

At the same time man should
not overestimate his abilities and go against nature because this will
most probably end in disaster.

Photo take in Nicosia 2007 as part of a series of portraits of upcoming actors. This image was donated to TCPM exhibition and sold as part of our charity auction to raise awareness for CALM, a charity helping to prevent male suicide and redefine what it is to be a man in our modern day society.

***Marina
Shacola’s projects concern humanitarian and social issues on an international level. Some of these projects include ‘ATHLOS’ for the Athens Olympic Games, UNHCR projects in support of refugees, ‘Just Care’
concerning the challenges of children in Africa, the ‘Green Room’ a tribute to the children of the Makarios Children’s Home in Kenya.