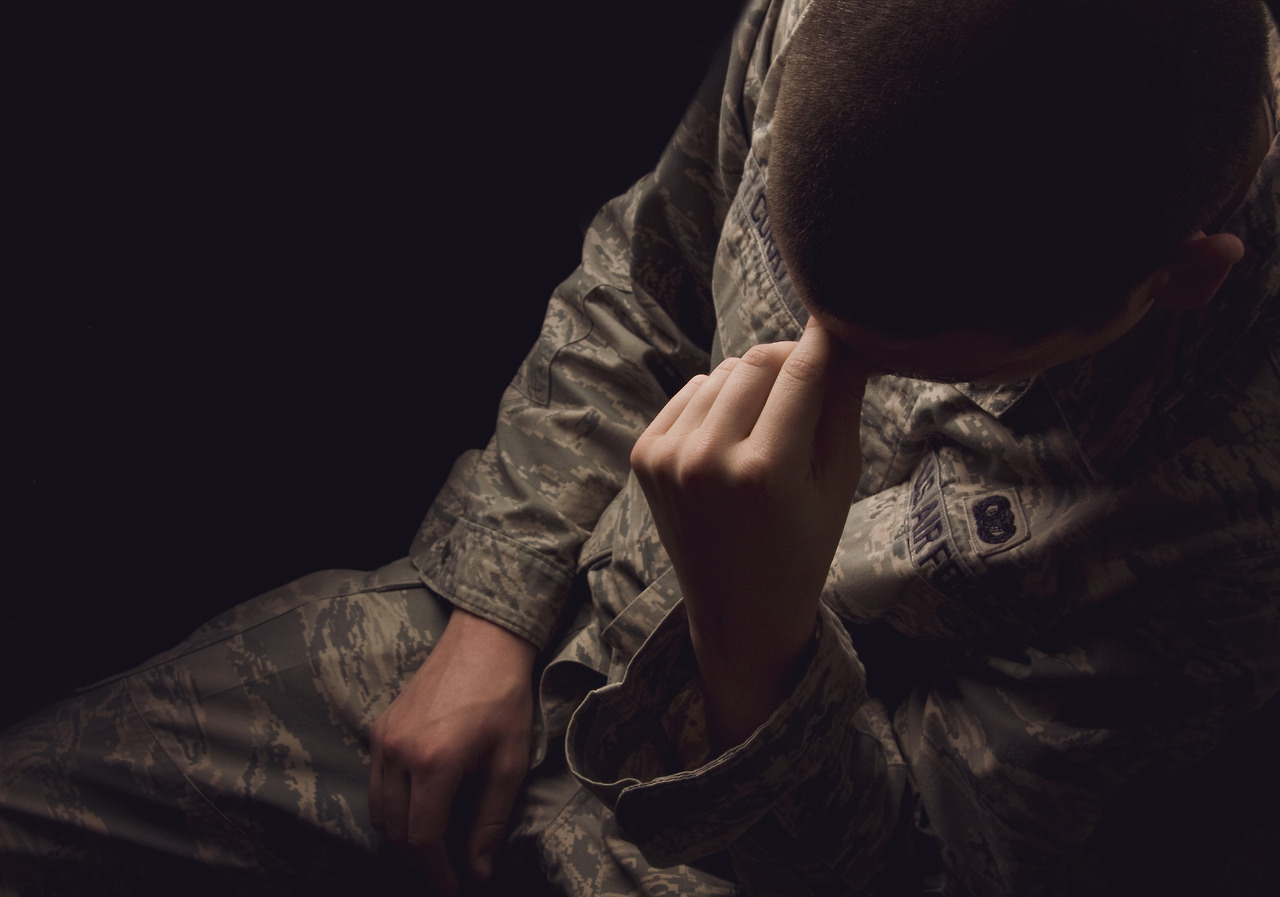 Holly Hildreth on her contributing work for The Calm Photography Movement:

“My piece being featured is a photo of my husband coming off a 16 hour shift at Whiteman AFB in Missouri.

In the military, there is a strong stigma surrounding mental illness. Seeing a professional for things like PTSD, depression, anxiety, and paranoia can lead to loss of rank or job duties and put strain on fellow airmen, as they are further stretched to cover for their ailing comrade. Many military personnel refuse to seek treatment out of embarrassment and for fear of being chastised as weak or retaliated against by their superiors and fellow comrades.

A 2013 study by the US Department of Veteran’s Affairs that covered suicides from 1999 to 2010, showed that roughly 22 veterans were committing suicide every day, or one every 65 minutes. 30% of those suicides were users of VA services. A majority of vets report a wait of 6+ months for mental health services with the VA.”

Holly’s work featured in our exhibition and provokes a powerful emotion of compassion and vulnerability.