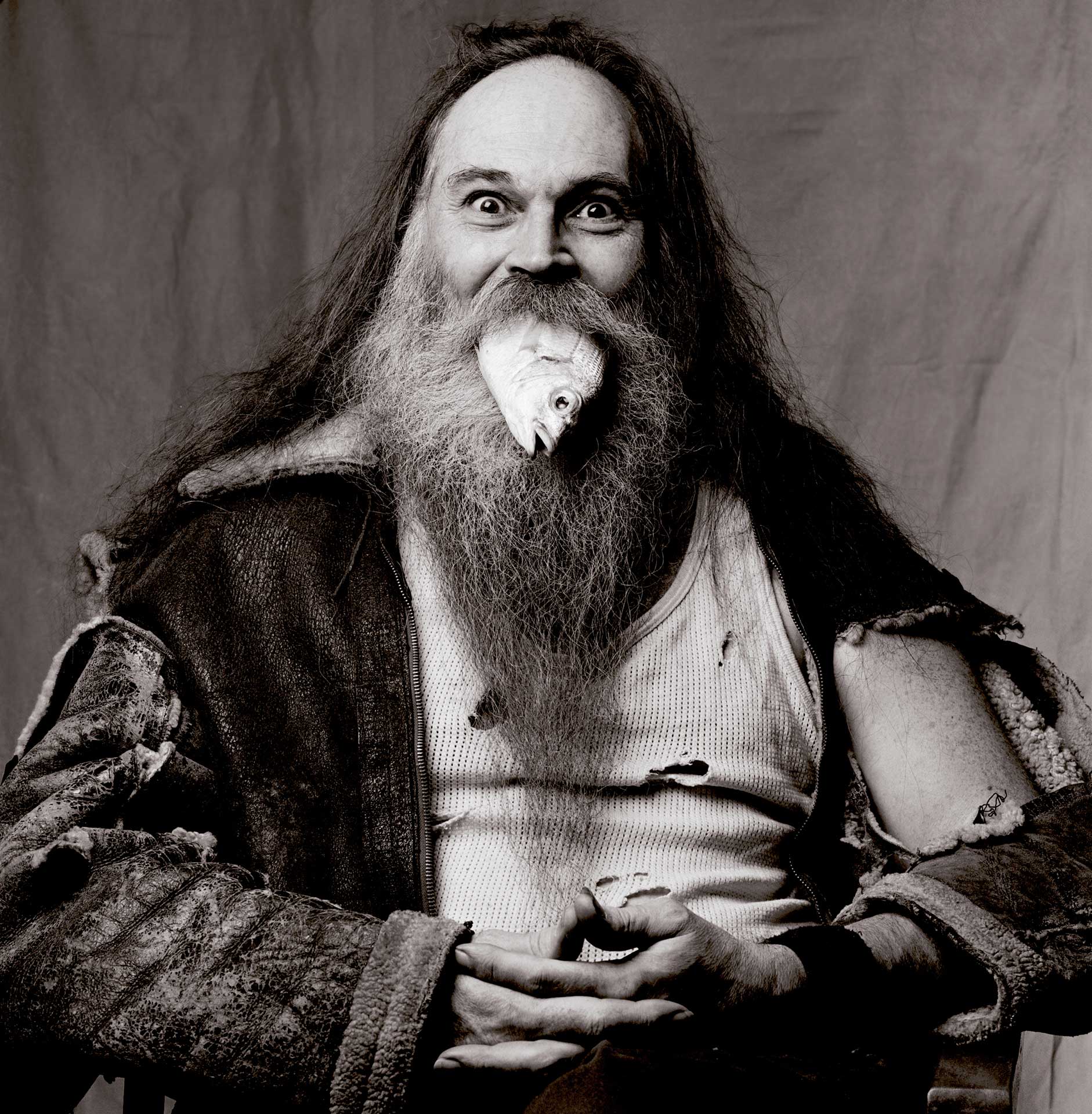 “I met Fang 20 years ago when he signed up to a character model agency I was working with at the time, shooting head shots for their catalogue. As soon as I saw him, I knew I had to arrange a shoot. Long hair and
long grey beard, he looked like he might have been the inspiration for a Lord of the Rings character.

Yes, Fang – nothing else, no Mr, no surname, no christian name, just Fang, as it says in his passport. He changed his name by deed poll to the single word ‘Fang’.


On the way to my home ‘studio’ we discussed the idea of using the fish props, and Fang told me that he once played double bass, briefly, with the Bonzo Dog Doo Dah Band. Double Sea Bass, that is. He stood on the
stage smacking two fish together in time with the music, and eventually the Bass would start to disintegrate and shower the audience. I’d like to think this is a true story.”

*Please note this work sold at The Calm Photography Movement Exhibition that was held at the Getty Images Gallery in London, Soho.
Over £17,000 was raised for the charity CALM who campaign tirelessly to help prevent male suicide – the single biggest killer of men under the age of 45 in the UK. If you require support, call the CALM free and anonymous helpline or use our webchat service, open 5pm-midnight every day – just click here https://www.thecalmzone.net/help/get-help/